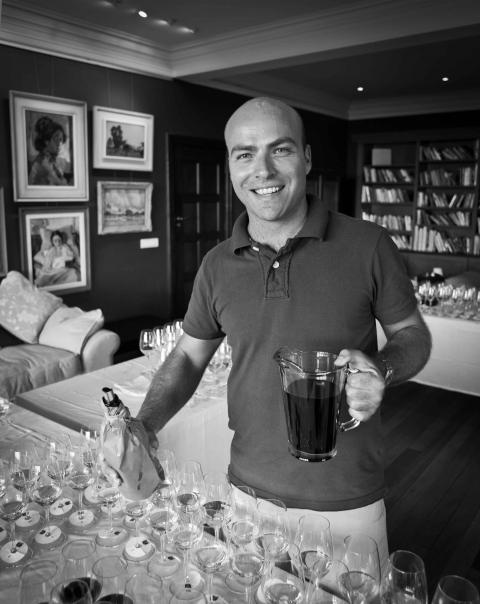 Higgo Jacobs's experience in the wine industry spans over 20 years, starting with doing harvests in Stellenbosch in 1998 and '99. Before being interrupted by a law degree from the University of Stellenbosch. He has experience on either side of the cellar door, first as winemaker's assistant, then in marketing and sales. Relocating to the UK in 2007, he cut his teeth on the wines of the world, working with highly respected wine trade Anthony Byrne Fine Wines & Jeroboams of London, and completing studies with the Wine and Spirit Education Trust (WSET) and Court of Master Sommeliers certification.

Higgo returned to South Africa in the role of resident sommelier at 5 Star Steenberg Hotel in Constantia, after which he began consulting to the industry. He is the driving force behind a variety of projects ranging from annual fine wine events and auctions, to sommelier education and competitions. Higgo is a senior judge at the International Wine Challenge (IWC) and Decanter World Wine Awards.He is a founding member and past chairman of the South African Sommelier Association (SASA), which does training and development for the profession in South Africa, as well as Director of By-Laws for the ASI (Association de le Sommellerie Internationale), the international regulatory body for the sommelier profession.